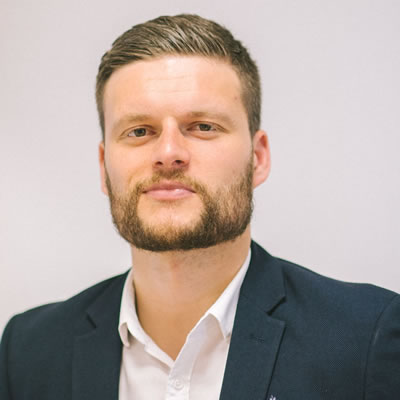 Greg joined the family business in 2006 initially i a junior position assisting the existing team with day to day tasks.

Having studied construction at Bath college, Greg came with a good understanding of a buildings fabric both internally and indeed externally, this knowledge was particularly crucial when Greg headed up the Express void & vacant property refurbishment team from 2009 – 2014. During this period Greg oversaw the successful completion of several contracts including a 4 year contract with housing association giant CURO.

After becoming a director of the company in 2015, Greg later became managing director in 2017 stepping into the role made vacant by his Father, Alan.

With plenty of ambition and a clear image of where he wants to take the company, Express look set to go from strength to strength under his leadership.